The GNU General Public License (GNU GPL or simply GPL) is a series of widely-used free software licenses that guarantee end users the freedom to run, study, share, and modify the software 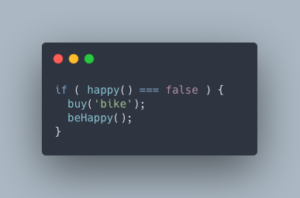 The GPL was written by Richard Stallman in 1989, for use with programs released as part of the GNU project. The original GPL was based on a unification of similar licenses used for early versions of GNU Emacs (1985), the GNU Debugger, and the GNU C Compiler. These licenses contained similar provisions to the modern GPL, but were specific to each program, rendering them incompatible, despite being the same license. Stallman’s goal was to produce one license that could be used for any project, thus making it possible for many projects to share code.

The second version of the license, version 2, was released in 1991. Over the following 15 years, members of the free software community became concerned over problems in the GPLv2 license that could let someone exploit GPL-licensed software in ways contrary to the license’s intent. These problems included tivoization (the inclusion of GPL-licensed software in hardware that refuses to run modified versions of its software), compatibility issues similar to those of the Affero General Public License, and patent deals between Microsoft and distributors of free and open-source software, which some viewed as an attempt to use patents as a weapon against the free software community.

Version 3 was developed to attempt to address these concerns and was officially released on 29 June 2007.

The terms and conditions of the GPL must be made available to anybody receiving a copy of the work that has a GPL applied to it (“the licensee”). Any licensee who adheres to the terms and conditions is given permission to modify the work, as well as to copy and redistribute the work or any derivative version. The licensee is allowed to charge a fee for this service, or do this free of charge. This latter point distinguishes the GPL from software licenses that prohibit commercial redistribution. The FSF argues that free software should not place restrictions on commercial use, and the GPL explicitly states that GPL works may be sold at any price.

The GPL additionally states that a distributor may not impose “further restrictions on the rights granted by the GPL”. This forbids activities such as distributing of the software under a non-disclosure agreement or contract.

Communicating and bundling with non-GPL programs

The mere act of communicating with other programs does not, by itself, require all software to be GPL; nor does distributing GPL software with non-GPL software. However, minor conditions must be followed that ensures the rights of GPL software is not restricted. The following is a quote from the gnu.org GPL FAQ, which describes to what extent software is allowed to communicate with and be bundled with GPL programs:

An “aggregate” consists of a number of separate programs, distributed together on the same CD-ROM or other media. The GPL permits you to create and distribute an aggregate, even when the licenses of the other software are non-free or GPL-incompatible. The only condition is that you cannot release the aggregate under a license that prohibits users from exercising rights that each program’s individual license would grant them.

The FSF thus draws the line between “library” and “other program” via 1) “complexity” and “intimacy” of information exchange, and 2) mechanism (rather than semantics), but resigns that the question is not clear-cut and that in complex situations, case law will decide.

You can use the next custom CSS for this

In the site dashboard: